Microsoft have released a new version of Windows every two to three years, Windows 10 in 2015, 8 in 2012, 7 in 2009, Vista back in 2007 [source]. So about now we’d all be looking forward to a new version either this year or next, but Microsoft have changed the way they deliver their Windows OS to its users. They have moved it to a ‘software as a service’ release model where users will receive twice yearly updates (around March and September) to the OS – read more here. So does this mean no more major changes to the OS or its standard application suite including the Snipping Tool? 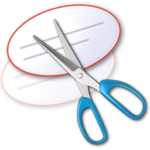 We don’t know for certain, but we get the feeling Microsoft are happy with the underlying architecture of Windows 10 plus the feedback they have received from users. We certainly have not noticed much negativity about Windows 10 especially when compared to the reaction to Windows 8 on release.

As regards the Snipping Tool, we feel Microsoft will probably leave this pretty much as is, albeit with an occasional cosmetic change as seen in the recent Creators Update. What may move forward in terms of development changes could be the ‘Garage’ Snip app offered as an alternative screen capture tool by Microsoft although this App is already pretty full of cool features.

Whatever happens, we will keep you up to date with any changes to the Windows Snipping Tool.